long before Frank Gehry built the Guggenheim in Bilbao, there was already an interest in finding unusual formulas with which to connect volumes and spaces. He demonstrated it in one of his first projects, a 1965 house on Hollywood’s busy Melrose Avenue that the architect solved on a shoestring budget of $80,000. It was the most his client, the graphic designer, could pay him. louis danziger, for a task that was apparently not so simple: the house had to be connected with the work space and the walled garden. Today, in 2022, you can see the result of that in the first person, because Danziger no longer lives there with his family. The house is now called 7th House and inside it houses a gallery dedicated to early 20th century art deco furniturealong with postmodern and contemporary pieces. 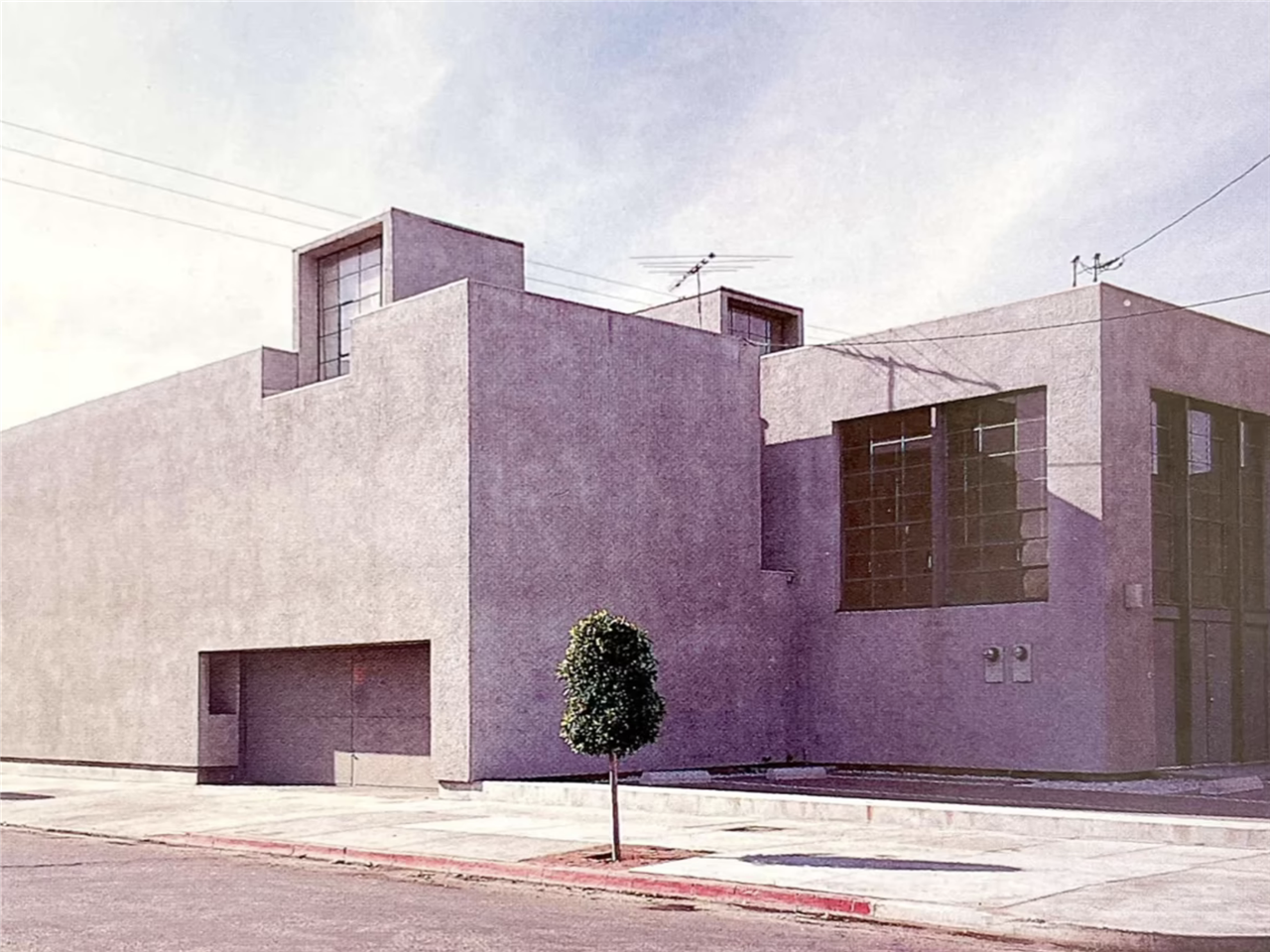 Without intending it, Frank Gehry had a very brutalist façade in his day, which remains intact at 7001 Melrose Avenue in Hollywood, California.

There are tables, for example, from the sixties by the historic duo Curtis Jeré, consoles by Ettore Sottsass, more tables by Enzo Mari dating back to the 1970s and mid-century American designs made of wood – some even by George Nakashima-, which are exposed throughout the entire building, inhabiting each room including the kitchen and also the terrace. There are several products of the New York firm Green River Project, like a small wooden table painted in navy blue or a stool made only with five stones. Four act as legs, with the largest rock serving as a seat. 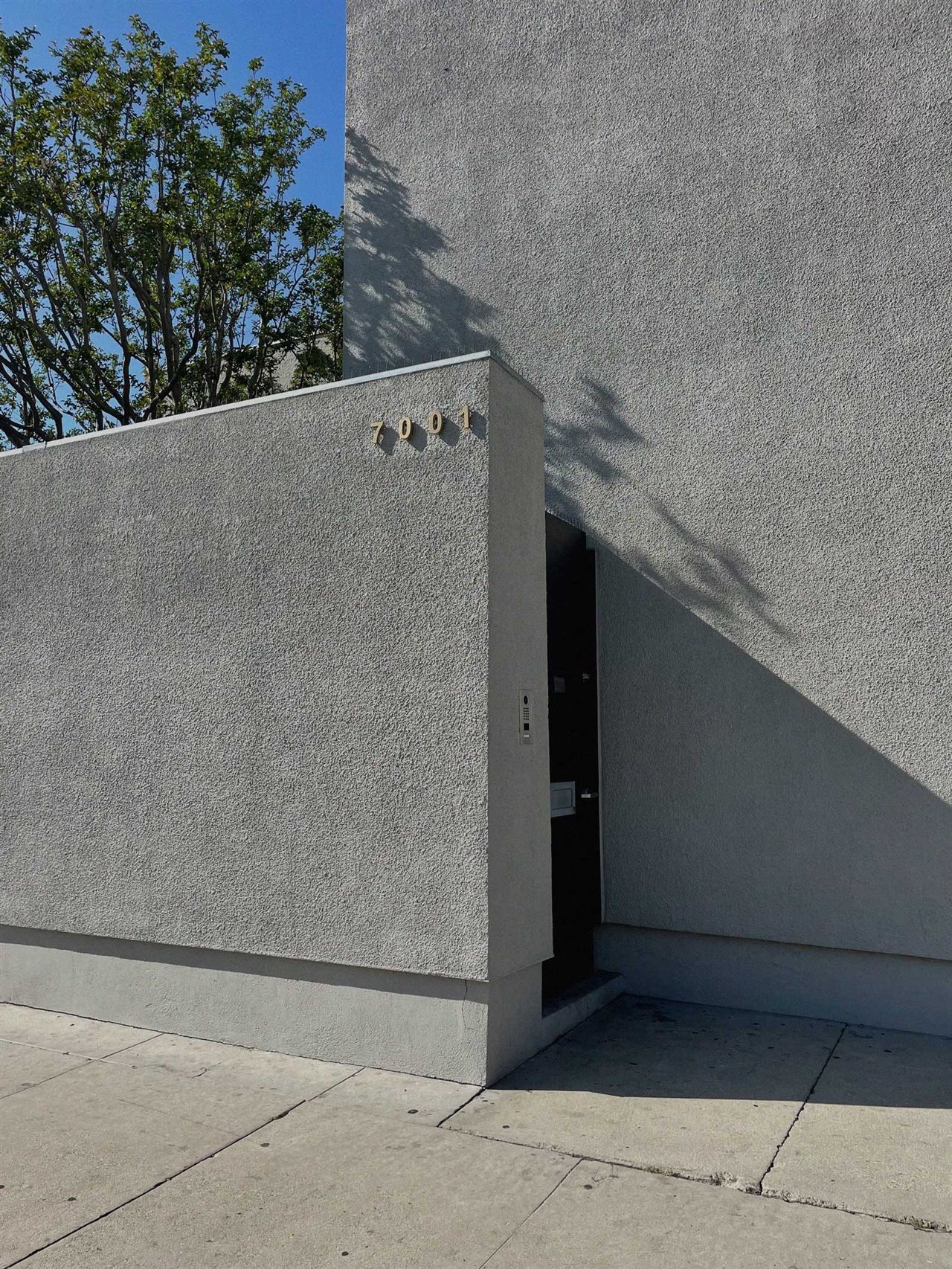 The Canadian architect resolved the walls of the current Seventh House with a stucco that avoids having to constantly clean or paint it.

The interesting thing is that, while one contemplates such furniture and objects, one can also verify that Gehry, faced with such a budget, had no choice but to opt for rationalism and reduce construction costs. In fact he jumps out at once, as the architect did not hide the lack of means but turned it into an ornamentto the point that the ceilings reveal their materials and finishes without resorting to coatings or the classic plasterboard. 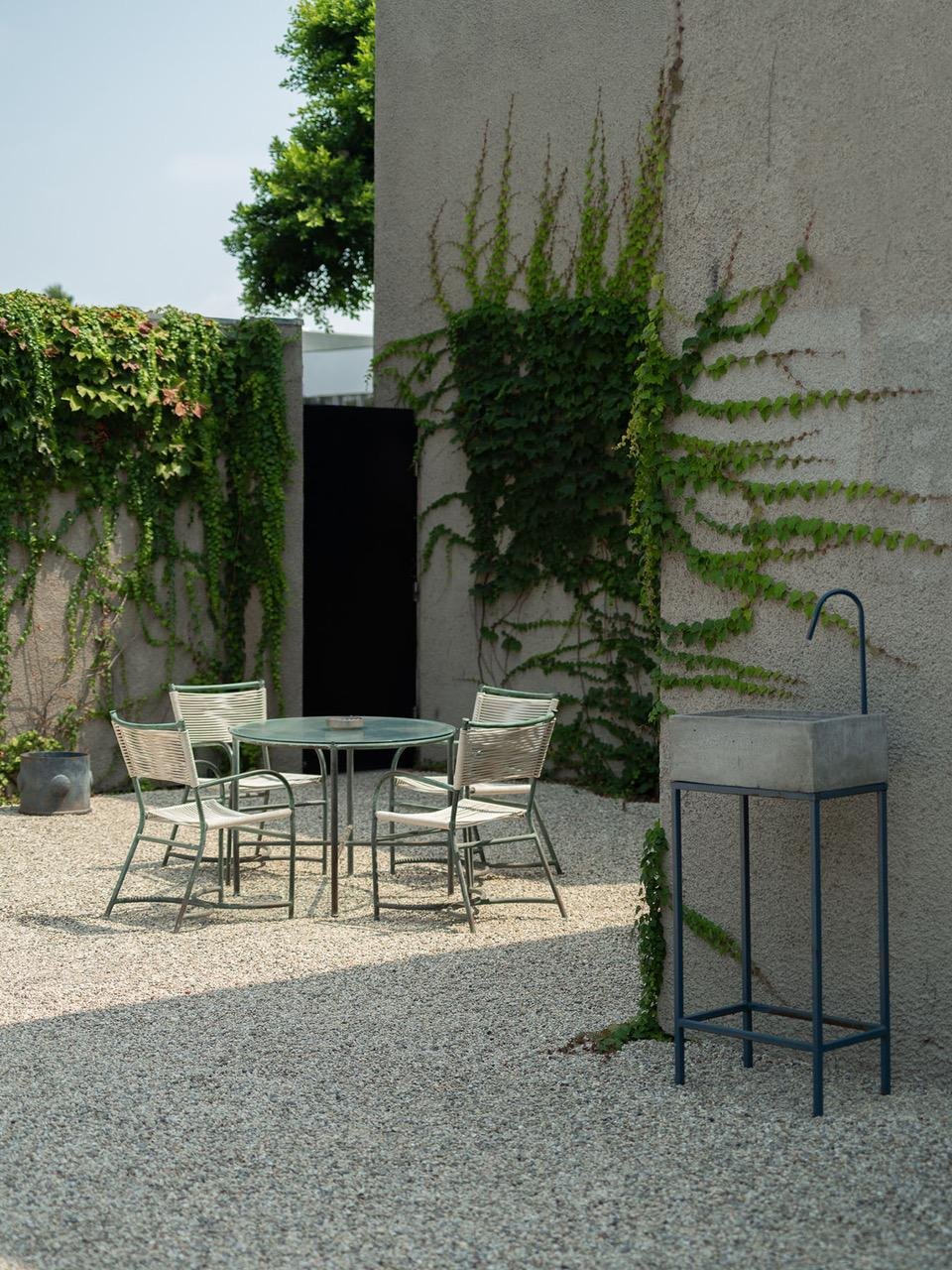 The garden of the Seventh House has changed little over time: it still continues to protect the interior from the gaze of those who walk along Melrose Avenue, where the Paramount Pictures studios are also located.

For the façade walls, moreover, the solution that Gehry devised is still studied in architecture faculties as an example of sustainability. Being Melrose Avenue a very busy street, what he did was use a rough, blown stucco, and dull, gloomy gray, which prevented the walls from having to be repainted every time the wall got dirty from the polluted air in the area: car traffic on the avenue was then and still is a real nightmare. Now, from Monday to Saturday until 5 in the afternoon, anyone who visits the Seventh House will see that silence and absolute tranquility reign inside. 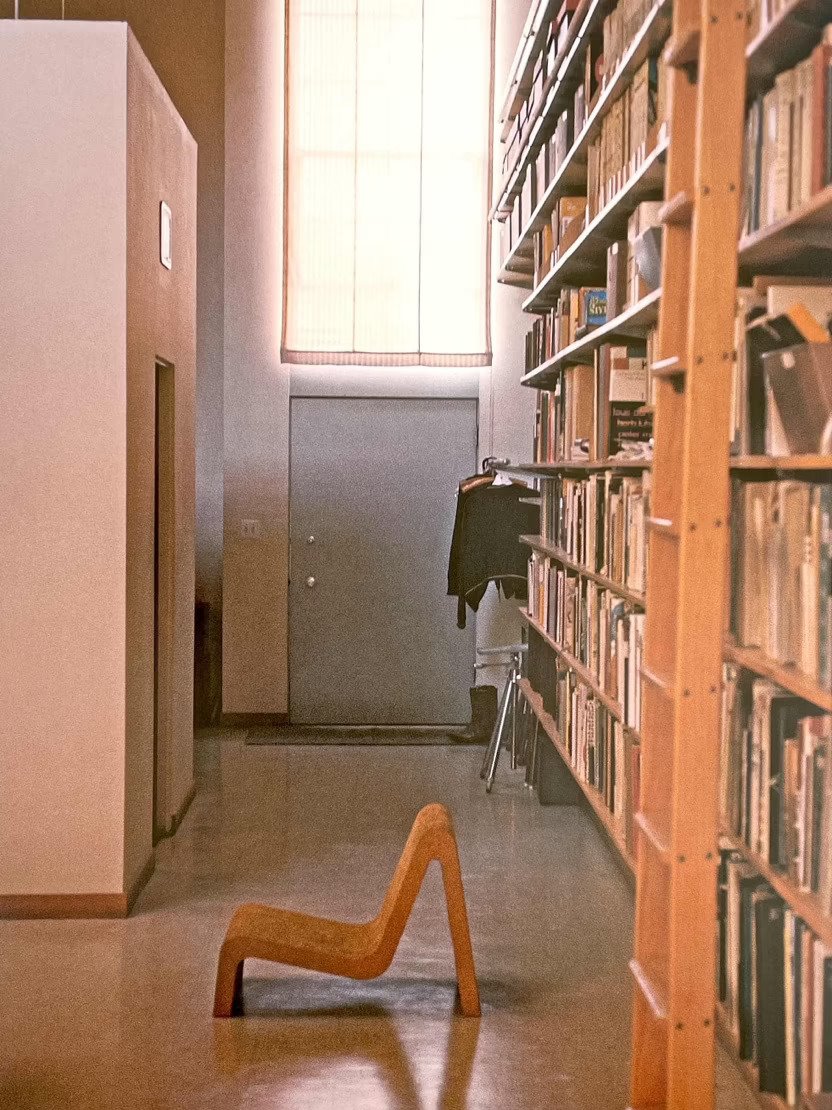 This is the office-office that the Canadian architect proposed within what is one of his first buildings.

You can do so by trying out a mohair sofa by Pierre Pauline and chaise longues Maria Pergay in alpaca and aluminum, while observing lamps such as the one designed by Gabriel Guévrékian in 1928 – a piece rescued from Pierre Delebart’s Parisian apartment – ​​or the unique skylight-shaped windows. 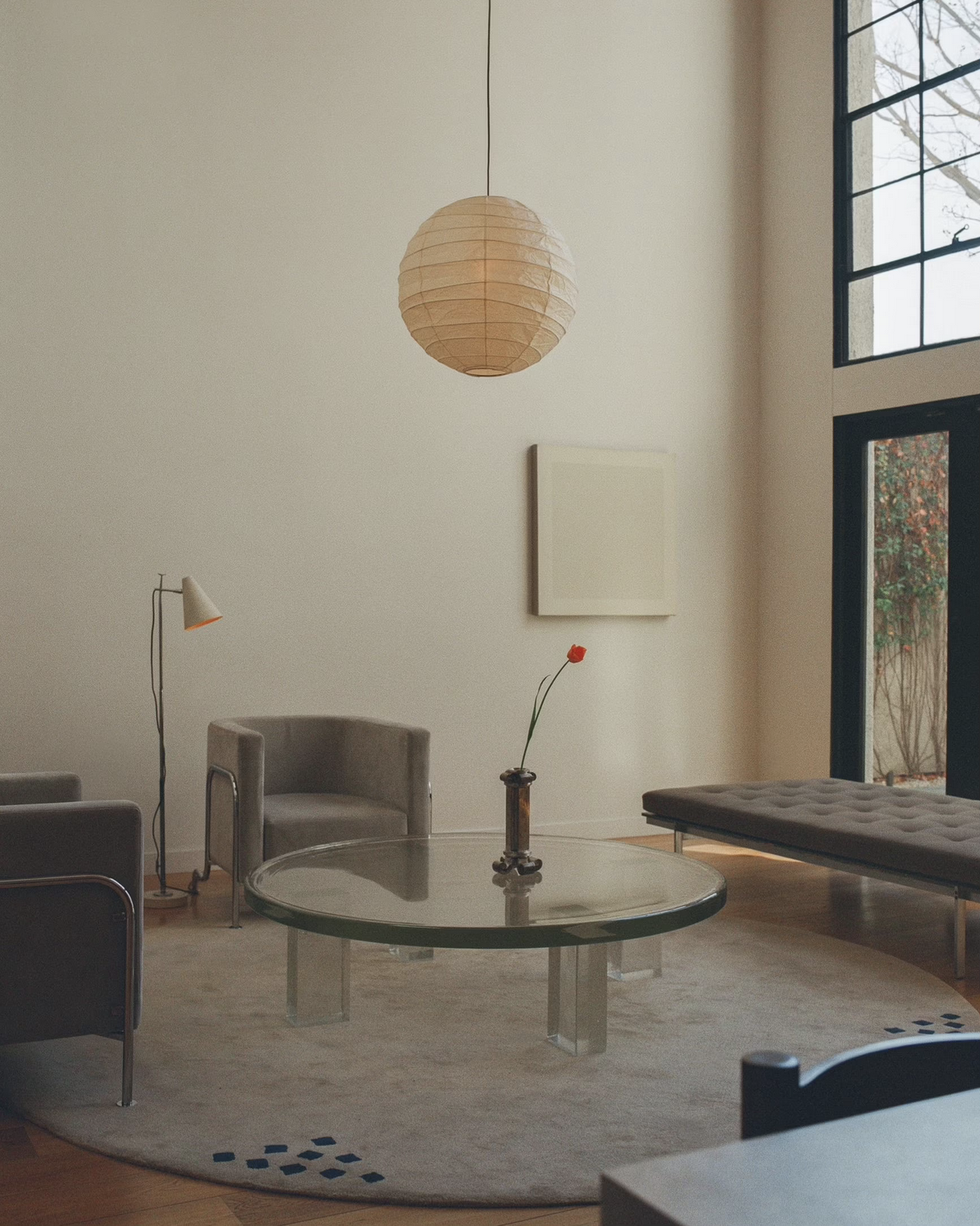 Interior of the Seventh House Gallery

The architect installed them in the double-height spaces, at the top, with the aim that no passer-by could see what was happening inside the house, thus projecting a building free of visual distractions. And there is evidence. It helped Danziger to relax and concentrate fully on his work, considered one of the most important in American graphic design of the last century. 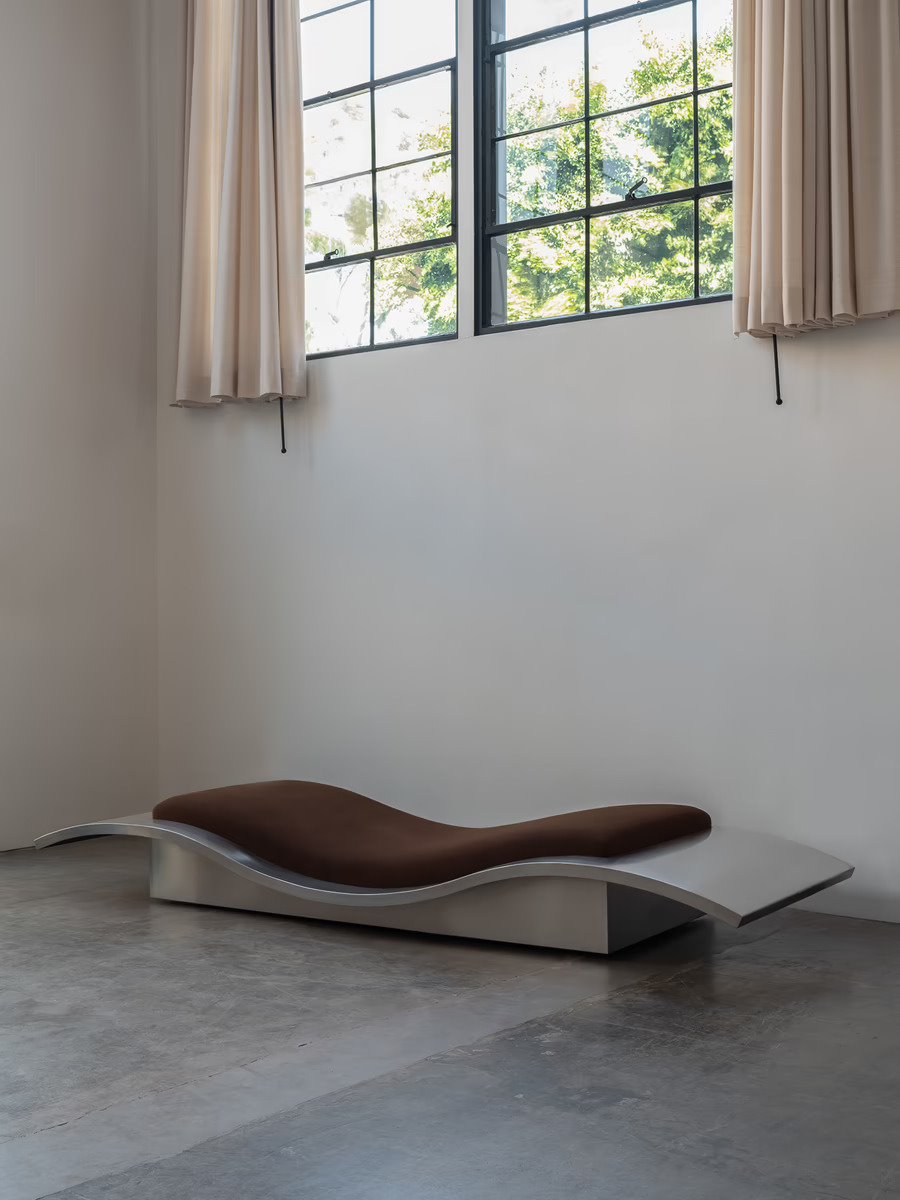 In one of the main rooms, Maria Pergay’s Flying Carpet chaise longue, created in 1968, converses with the house’s original windows installed at double height to preserve privacy.