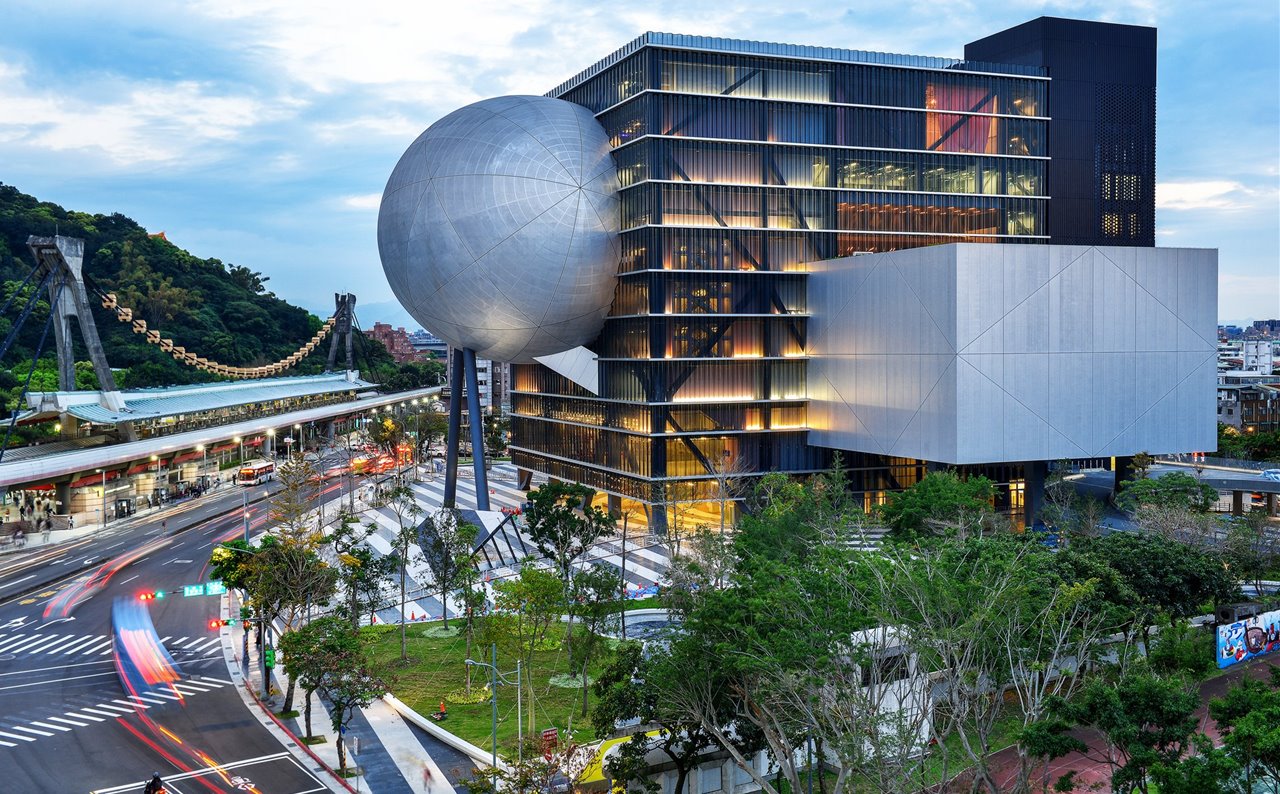 Much more than a theater, the Taipei Performing Arts Center becomes the protagonist of the Taiwanese capital thanks to WCO and his project, a compact and flexible space resolved in different volumes. The building is made up of what is called an 800-seat spherical Globe Playhouse, a 1,500-seat Grand Theater and an 800-seat Blue Box connected to a central cube. The cube houses the stages, backstages and support spaces of the three theaters, which allows the Grand Theater and the Blue Box to be combined to form a super tratro, a huge factory-quality space for unexpected performances. The Globe Playhouse with a unique proscenium allows you to experiment with the framing of the stage.

The central cube is raised from the ground to create a landscaped plaza. From there, a public loop, with portal windows open to view inside the three theaters, runs through infrastructure and performing arts production spaces that are normally hidden. 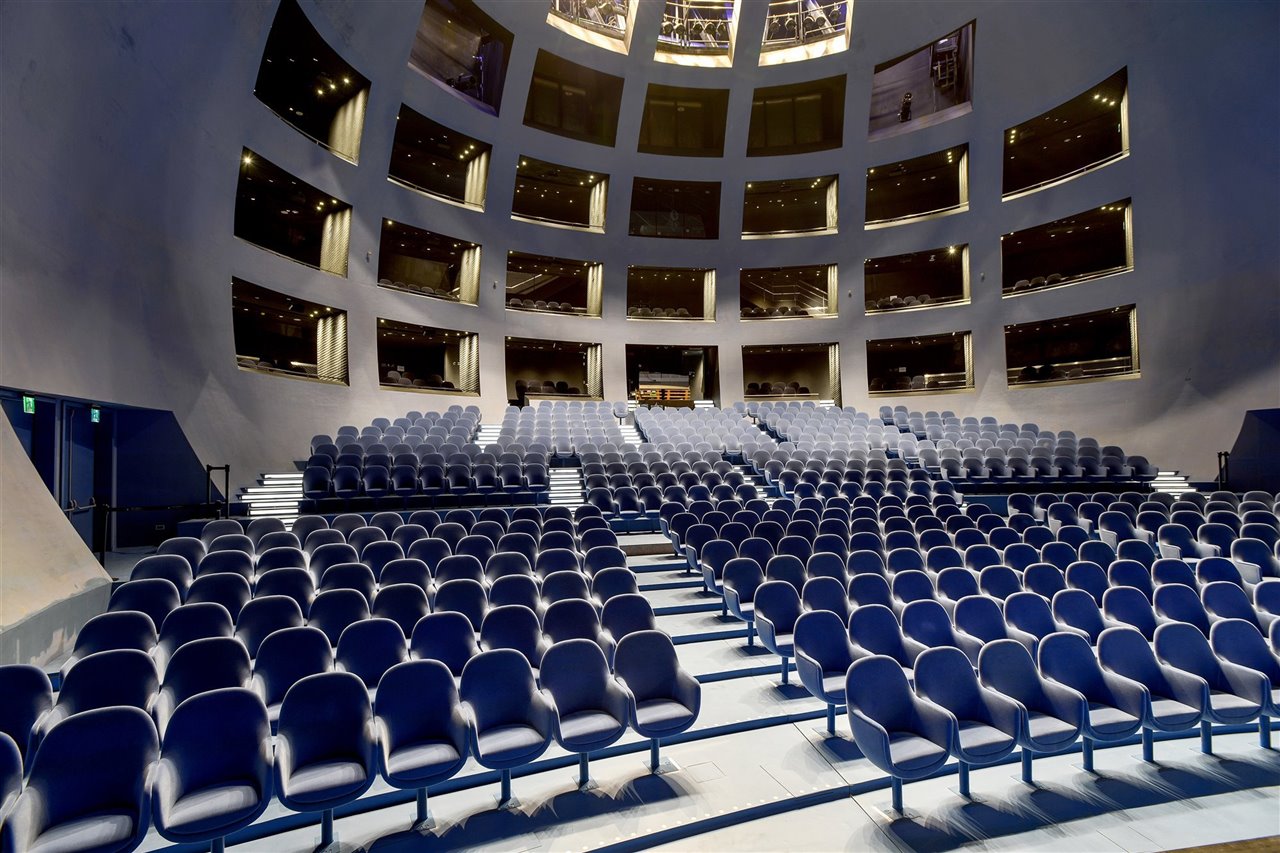 The balloon houses 800 seats and stages.

A different form of theater

In terms of architectural form, andhe Taipei Performing Arts Center has multiple defined faces by the auditoriums that stand out, unlike typical performance centers that have a front and a back. The auditoriums with opaque facades appear as mysterious elements coupled against the animated and illuminated central cube clad in corrugated glass.

«Theater has a very long tradition. We have seen contemporary performance theaters becoming more and more standardized, with conservative internal operating principles,» assures Rem Koolhaas, founding partner of OMA. «We want to contribute to the history of theater. Here in Taipei we were able to combine three auditoriums in a particular way. We are interested in seeing how this architecture will have an impact in terms of expanding what we can do in theater.» 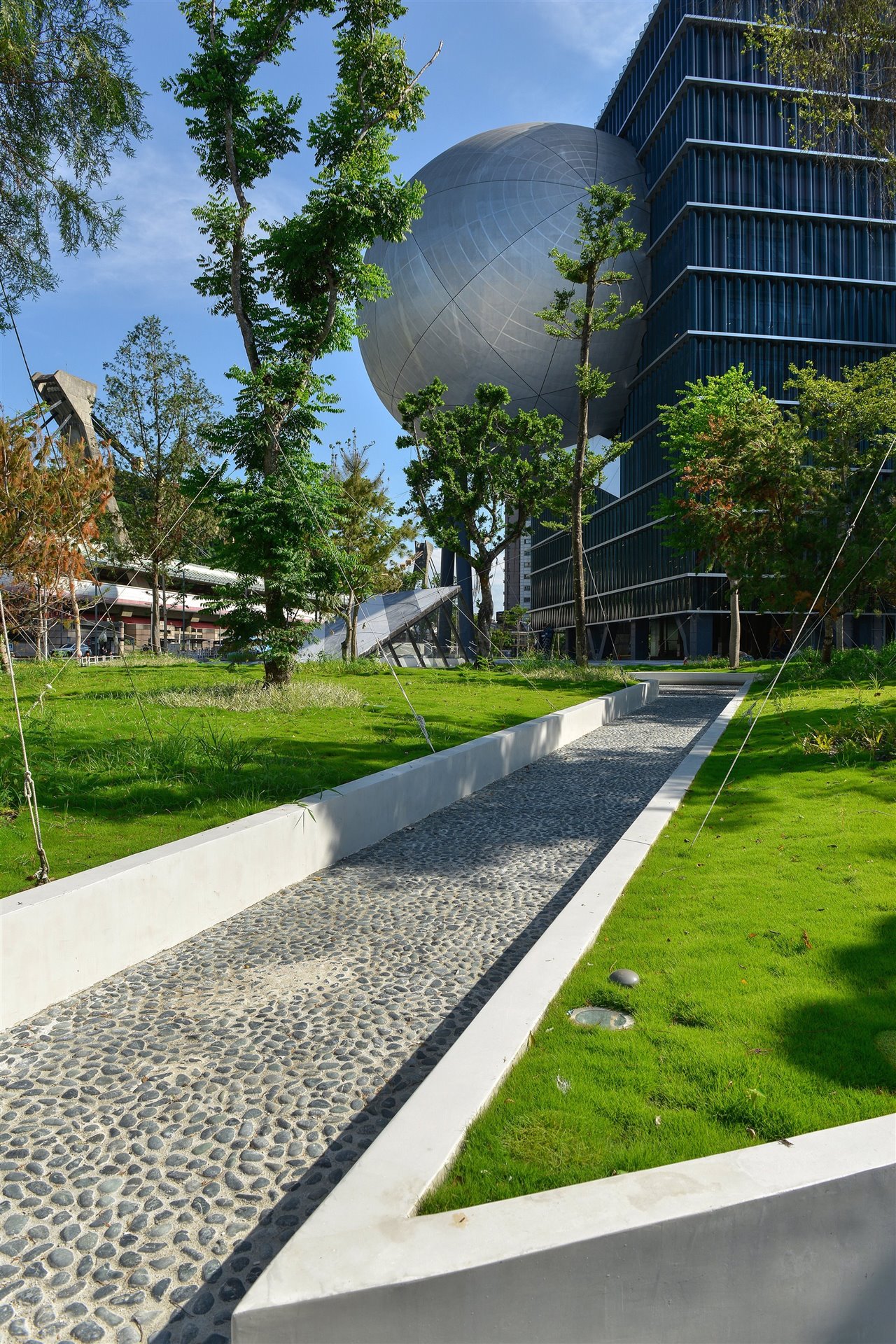 The project is resolved in different volumes.

For David Gianotten, managing partner and architect, «the configuration of three theaters connected to a central cube has resulted in a new inner workings of stage spaces to inspire unimaginable productions. The Public Loop exposes ticketed and non-ticketed visitors to these new works and their creative processes. We are excited by how the building constantly generates new relationships between artists, viewers and audiences.»